Patrick Holcombe of Douglas Fir Design literally grew up in the house that dad built…and the house built Patrick – in a sense – to become a self-sufficient, passionate, Melbourne maker and woodworker.

In Kinglake VIC, Patrick’s father built a large rustic home for his family from scratch using mud bricks and recycled Oregon timber that he and some friends collected from an old, demolished school hall.

“Dad started on the house long before I was born and kept going on it long after I was born,” Patrick recalled. “He wasn’t a builder by trade; he was an English teacher. But, he created beautiful things from timber and passed those skills to me.”

Patrick could always be found in his dad’s huge workshop as a kid. Rather than buying gifts for family members, the pair would make birthday presents out of wood.

“I was literate with tools and using my hands,” Patrick said.

For a time, Patrick pursued a degree in Environmental Science and Natural Resource Management, but found it did not satiate his thirst for hands-on work. Today, remnants of his studies factor strongly in his preference for recycled timber and sustainable materials.

“I’m really conscious of trying to be as good with that stuff as I can,” he confirmed.

“And also, there’s so much character in recycled material. Often with a recycled piece of timber, I’ll have to work around its previous life. I’ll have to build a feature of its old life into the new piece, which takes me places I wouldn’t have necessarily gone.”

When the tragic Kinglake bushfires burnt down his beloved family home in 2009, Patrick dropped his studies and took to rebuilding straightaway. Through the destruction, Pat reclaimed the hands-on work he cherished and carved out a new path to follow.

He built furnishings for the home and people took notice. Requests started flooding in and Patrick realised he could earn decent money from starting a business.

“I was the kind of person who built things anyway, so the transition just sort of happened naturally to do it on a more professional basis,” he said.

Patrick epitomises the self-taught maker. He never spent any time studying furniture making. But, he perceives this as an advantage instead of a hindrance. Everything for him comes down to experimentation, intent willingness to learn, and trial and error.

He embraces whatever projects someone throws his direction, and tackles them as hurdles to overcome. He described it as ‘kind of like going to university again’ because entering unfamiliar furniture making territory demands he adds new skills to his repertoire.

“I try to take really diverse jobs because every new piece I do I learn something new: a new tool, a new technique,” he commented. “I’m happy to give it a shot because I learn something I would not have learned otherwise.”

“Handkrafted has been fantastic for me because it really suits the way that I work,” Patrick continued. “When someone approaches me with an idea, it forces me to try all kinds of new and different things, and I get to work really closely with the client. It’s really collaborative and creative for both of us.”

Patrick appreciates the beauty of exposed joints and dowels, uses salvaged materials whenever possible, and emphasises showcasing timber in its natural form.

“What I really appreciate in furniture is when the method in which it is built is used as a design feature,” he remarked. “Because I enjoy the process of creating pieces, I really love it when a customer can also see that and appreciate how it’s been done. I feel like there’s a real beauty in making something as simple as it can be.”

Given the house he grew up in, Patrick’s always had a real affinity to the way Oregon timber smells and looks. But, he noted, Oregon’s only suited to heavy, big, rough furniture – like this couch, one of his favourite, most challenging pieces so far – created from support beams of an old Eltham home.

He wanted to complete a piece like this ever since he started building furniture, he said. The timber was so massive that Patrick had to do all of the initial work on it outside.

“You can’t take an existing design and just make it from Oregon,” Patrick explained. “It’s too soft and has too much grain character so it really creates a class of its own.” 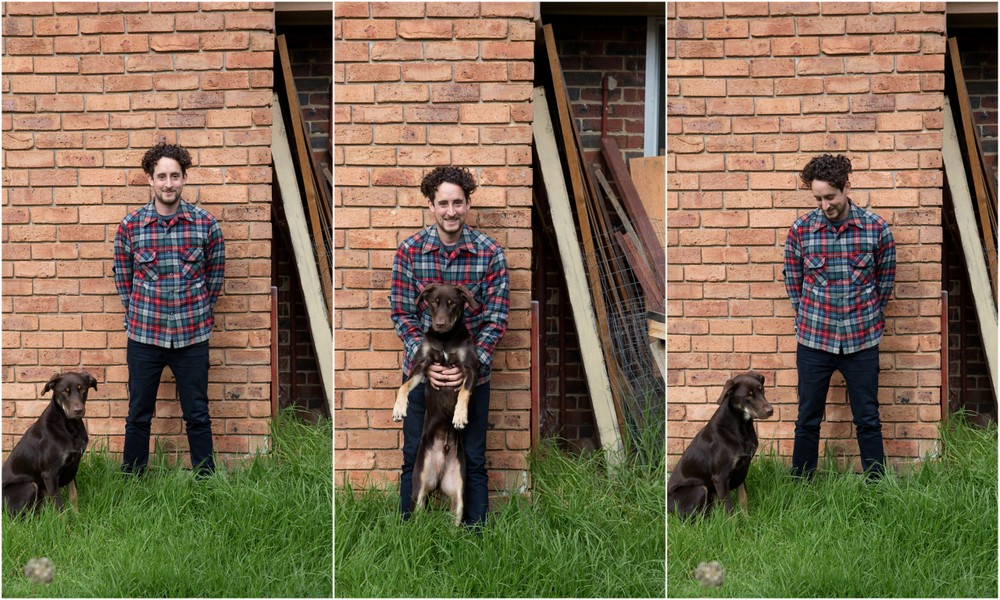 This upcoming year, Patrick aspires to add to his encounters with the unexpected and turn these into insightful experiences.

“It’s actually so unknown. That’s what I love about furniture making,” Patrick remarked.

“As long as I’m busy and get to do fun things and create pieces that I’m really proud of, then that’s all I ask.”

“I want to be doing new stuff all the time, and that’s one of the great things I love about Handkrafted,” he continued. “I’m able to build stuff that I’ve never even heard of, and that’s worked perfectly for me.”

Handkrafted has brought together Australia’s most comprehensive community of independent bespoke furniture makers. With over 200 craftspeople available, we will match you to the right maker for your custom furniture project.

For the Love of Wood & Fatherhood